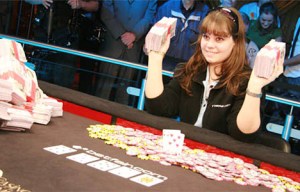 An overbet can be interpreted as one of two things; it is either strength or weakness.

The key to figuring out if your opponent is strong or weak is playing the hand back in your head. You have to ask yourself how your opponent reacted when looking at their hand before the flop.

How long it took them to make a raise and the amount of the raise before the flop. How your opponent reacted if you reached for chips.

Most of the time an overbet will indeed be strength, but the key to seeing when it isn’t will help you turn an unprofitable session into a profitable one.

When someone makes an overbet on a flop or moves allin, more times than not their hand will be a flush draw or some type of straight draw with two over cards. This is the time when you can make a big call and take down a nice pot.

If you have top pair against a flush draw or straight draw you will be a favorite every time and can pick off aggressive players. In general, the younger the player the more prone they are to being lumped into this category. The allin overbet conveys strength, and it induces a fold a great deal of the time.

There is another solution to the allin overbet on the flop. This would be that your opponent has an over pair to the board. A good amount of time less experienced players will just move their stack in with big pairs without looking at the size of the pot. These people are almost always novice players that don’t understand basic concepts or how to bet.

These opponents will simply look at two big cards or a big pair and move allin. On the other hand, these players could also be put in to the older generation and will not get value from their hand almost ever. The older generations of poker players are tight, and easy to recognize at a poker table. These players will very rarely move their chips in to the pot, so if you see a man around 60 shoving allin it is best to beware.

On other streets overbets can also occur. The river is also a popular street to overbet.

Looking at how a hand is played sometimes will determine if your opponent is buying a pot or if they are putting a big bet out that they want called. If your opponent is betting the turn and river after checking the flop they are most likely looking to extract value from their hand.

If they are checking two streets then just firing the river they are more prone to have nothing, but they could still have played a monster hand poorly and hope you are holding just enough to call. If you are able to categorize your opponent into an aggressive or passive player this will help you interpret what overbets mean in different situations.

Back to hosterpoker home page. 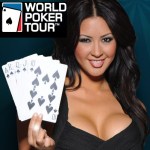